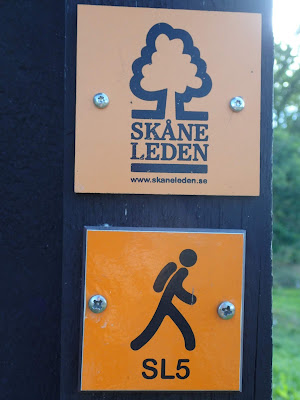 The Kullaleden Trail is an easy, well trod coastal section of the larger Skaneleden Trail network that squiggles all over the show for more than 1000km in Southern Sweden.  It passes through rural residential areas, pockets of temperate forest and sandy Scandinavian beaches on the Kullaberg Peninsula.
Plenty of great views and facilities too, if needed.
The distance is about 70km + the 10km I did from Angelholm to the trail terminus at Utvalinge.

The Skaneleden was not designed as a one off thru-hike, rather a collection of long trails numbered SL1 to SL5 that wind and meander around the former Danish territory of Skane, where prolific public transport options facilitate the opportunities to jump on and off the path at will.
You can wander along part of the trail for an hour or 2 months.  Your call.

The Kullaleden is very well marked with orange blazes and signage and I never lost my way.  That speaks volumes... 😉 There are rustic 3 sided shelters plopped along the route every now and then and sometimes dubious water supplies to keep the easy pace interesting.

I took 3 cruisey days hiking the trail from Thursday 13 September to Saturday 15 September.

The Kullaleden website here has all the basics in English.

I also made contact with an Aussie bloke, Brian who is living in Copenhagen and has a handy blog about hiking in Scandinavia, in particular the Skaneleden; brian's blog 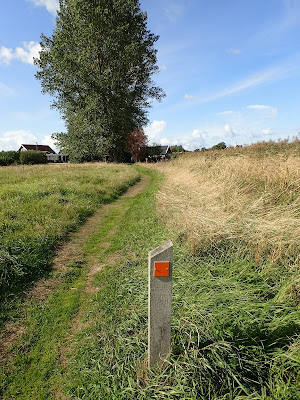 I bounced off the SL3 section of trail in the town of Hoor and rode the train to Angelholm on the coast, purchased a snazzy waterproof map at the Visitor Centre and fumbled my way on non official tracks to the start of the SL5 section at Utvalinge.  There was a slightly confusing 10km of 'I'm-pretty-sure-I'm-lost-but-if-I-keep-the sun-on-my-left-as-it-is-in-the-South-which-means-I'm-heading-West' and wandering through pine forests and rough tracks and then I got there. Eventually. I could have caught a cab but that would be lazy wouldn't it. 😉 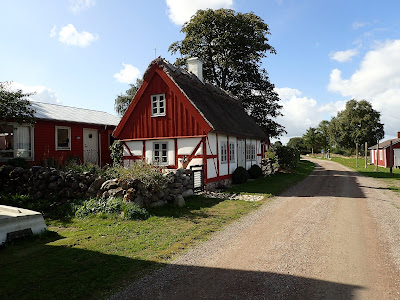 I really feel at home in Scandanavia.  I like the landscapes, the great transport options and the opportunities to get out and wander around the countryside without restriction.
Coming off a long Ultramarathon in Western Denmark a few days beforehand and the unexpected cancellation of my flights to Greenland to hike the Arctic Circle Trail, had left me a tad weary and keen to seek an uncomplicated journey.
Hello Sweden again! 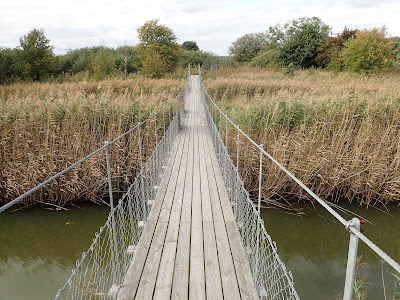 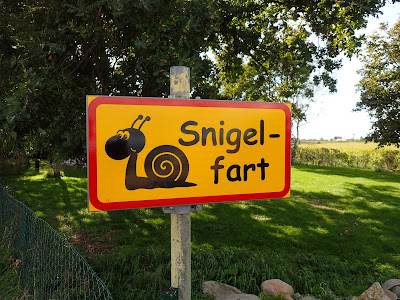 From Utvalinge onwards I chased the conspicuous orange markers and ducked in and out of pretty fishing villages and well heeled neighbourhoods.  Sheep tried to befriend me and cows smiled contentedly.  I pushed on West and crashed into Skaret campsite for the night. 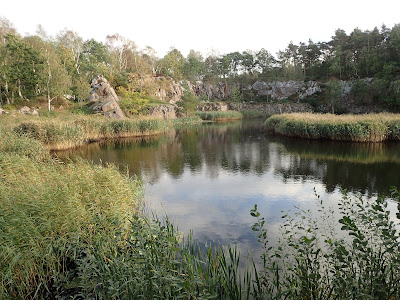 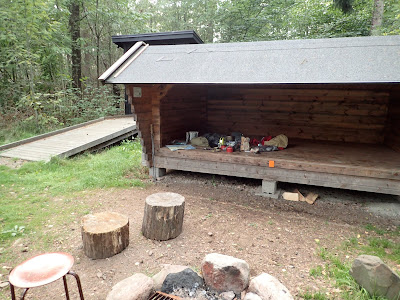 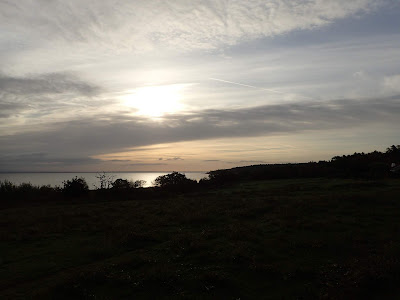 Two older Swedish women were already chowing down on dinner and had their large green Hilleberg tent pitched out near the shelter.  I have a smaller version of that tent, it's bloody awesome in the mountains and snow in a ripping storm. We yakked away and swapped boring hiking stories. 😏

Skaret is a very cool spot.  Trees and grass and peaceful Swedish countryside.

A Danish climbing club maintains the site and has built a lean to and fire ring and seating just for Kullaleden hikers adjacent to their own.  Thanks folks!

I ate, brushed the fangs and crashed out for 10 hours. 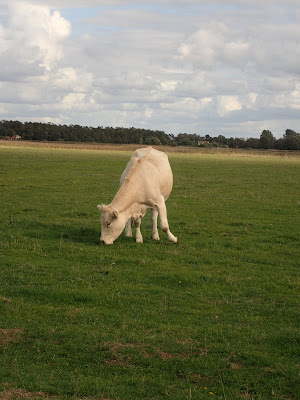 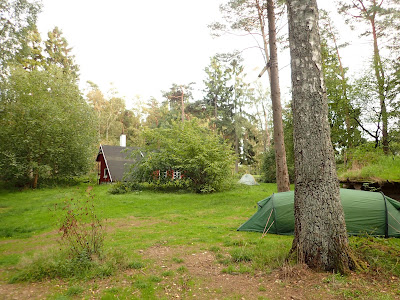 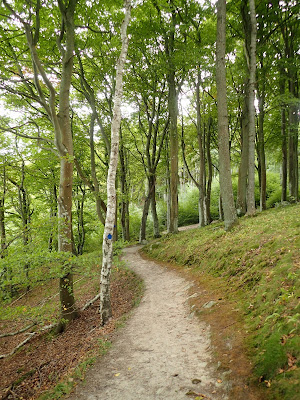 Next morning I banged on up bumpy singletrack to the tip of the Kullaberg Penninsula where there is a visitor centre and a fantastic view of the Kattegatt Sea between Sweden and Denmark.

I purchased a coffee and jumped on the free Wifi and messaged my girlfriend Ree, checked the dogs were still alive and wandered around the lighthouse station. 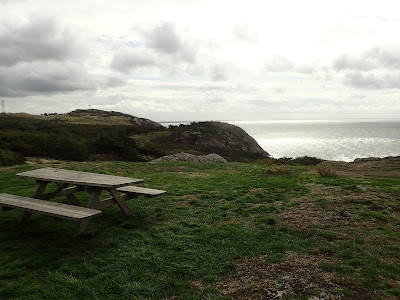 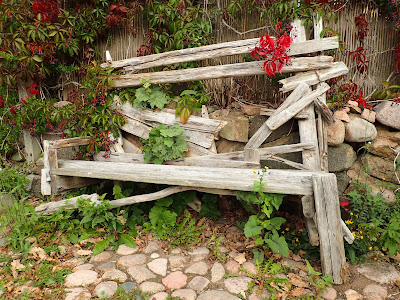 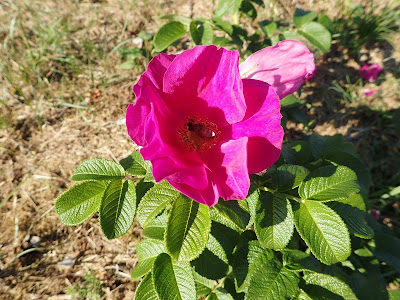 Rain blew in early afternoon and I was back on bike paths and a mixture of coastal tracks and quiet streets leading past holiday shacks and retirees homes.

I toyed with the idea of grabbing a roof over my head for the night in Hoganas but decided to push on near the bustling caravan park in Lerberget and pulled the tent up in some bushes where no one could see me. I located a gas station nearby, scored a bag full of brews (they are only 3.5% alcohol in Sweden unless you go to the State owned monopoly Systembolaget) and kept out of the rain that Friday evening. 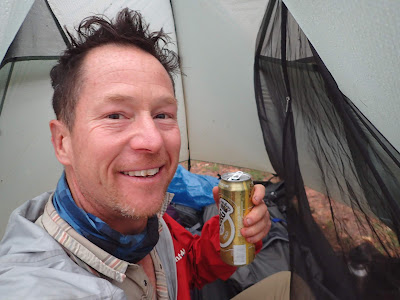 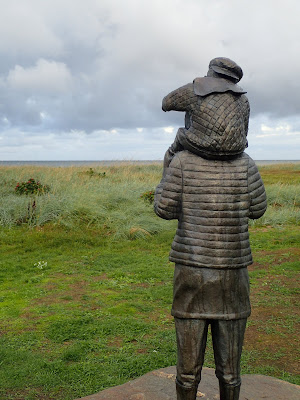 Next morning was a bizarre mixture of wiping sunscreen on my snout and sweating and then running for cover from hailstones and driving rain as the sun and clouds played chasey across the skies.

The cranes and city buildings of Helsingborg grew taller and more defined on the Southern horizon as I drew closer. 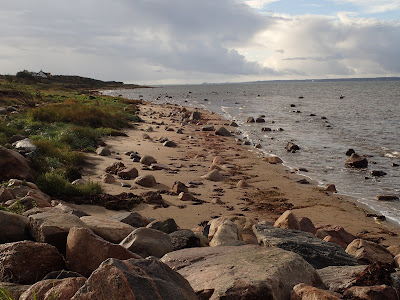 The shelter at Domsten is in a fairly public spot but when I rolled in for a break and ditched my pack I discovered a young Danish guy still lying down in the middle of a late morning sleep in.
He was excited and pumped to be on his first solo multi day walk and informed me he was 'going into the wild!' (not likely on this trail but I loved his youthful enthusiasm and sense of wonder, he reminded me of me 20 years ago, I hope he enjoyed his hike)... a Jack Kerouac novel lay on his sleeping bag and he chattered away and explained his hopes and plans for the coming week. 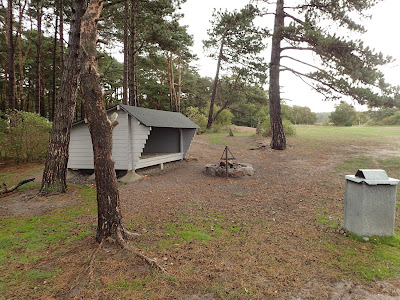 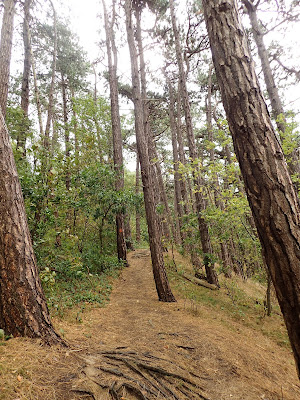 The trail eventually turned into a wide bike path and the out skirts of historic Helsingborg was reached.  Which meant fresh vegetables, cold beer, and a shower.
Not to forget crowds of tourists and getting lost in city streets.  I hadn't showered in a week so the stinky funk smell helped push me on to my cheap hotel room and a Thai food buffet. 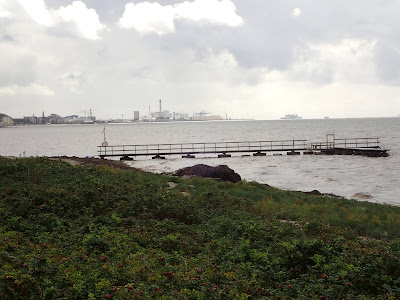 *There are quite a few spots to jump on or off the trail and access a nearby bus top.
Recommend grabbing the Skanetrafiken app and booking and paying the fare for where you want to travel electronically, then use your phone to scan in when alighting.
Cash is not always accepted in Sweden. 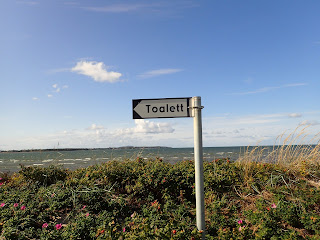