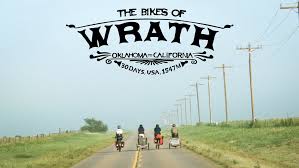 I saw this great Aussie film at my local independent Star Theatre during a one off screening with a bunch of other dedicated adventure nuts.
The premise is basically this; 5 dudes who have no experience in bike packing head off with John Steinbeck's classic tale of woe in hand on a pedal powered re-discovery of Route 66 and the people who reside along the way between Oklahoma and California.

An enlightening and engaging commentary on rural America. 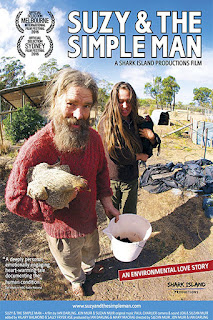 We meet gentle self sufficiency advocate Suzy and outdoor badass and professed 'simple man', Jon on their lovely Wimmera farm.
The camera follows the Muir's over 8 years and if you have any slight interest in getting off the grid and leading a more holistic, less stressful life then this real life doco may hit the mark. 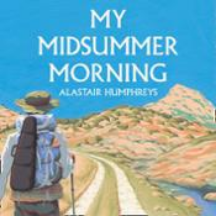 There's a great book written in 1969 by the legendary Laurie Lee I can utterly recommend, called 'As I Walked Out One Midsummer Morning'.  It recounts his wanderings through rural Spain in the 1930's and Alastair Humpfreys is also a strong enthusiast of this memoir as well.
So much so he decides to forsake crossing a polar cap or rowing an ocean this time and recreate Lee's jaunt through the Spanish countryside with no funds and to busk his way to Madrid with a violin and little 'ahem' talent for violin playing.  Glory be!

I'm a bit of a fan of humble Brit Alastair and his prolific adventure themed writing, and during this recollection of his Spanish journey he opens up and gets real about his personal life and the internal battles he fights in creating balance between being a good father and husband and the yearning to just nick off on a long mission with a backpack and a tent.

Bonus- the author also narrates the audio version of this book which gives it a grounded feeling. 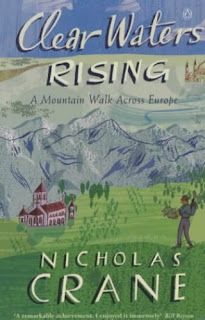 Crane's 'Clear Waters Rising' was one of the first adventure travel books outside of mountaineering literature I ever read way back in the day.
As a much younger man at the time, I was blown away to read about his 18 month long hike from the West Coast of Spain to Istanbul, Turkey and a realisation was born in me that humans do indeed go on very long walks and so I too scampered off to wander some lengthy trails once my perceptions were altered.

I recently re read this book during a short trip to Java and although Crane doesn't like dogs, WTF?!- well they continually attack him during his walk so fair enough- and I wouldn't call it an easy 'airport novel' style read; it still stands up as a staggeringly well written account of his journey and the hardships suffered with plenty of dry humour sprinkled in. 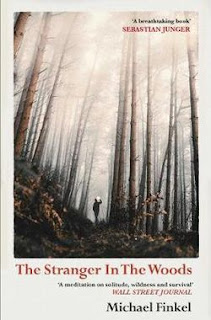 Oh wow, this ones a doozy... here's the setup:
A bloke in his early 20's decides to leave society.  As in utterly and completely.
Off into the woods of Maine and absolutely no human contact.  For nearly 3 decades Christopher Knight survived freezing nights, avoided people, thieved his food and became a local legend.

The author Michael Finkel weaves an enthralling investigation into just what methods he engaged to evade discovery and how society viewed his lifestyle choice.

This is an account of an extremist hermit who really just wanted to be alone.

So many tasty ales and hoppy brews were chugged this year it's honestly hard to pick a clear stand out or 2... anyway I really liked these fizzy refreshments. 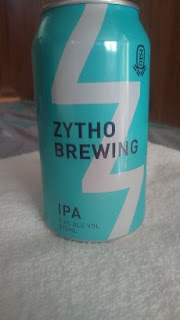 Zytho IPA- a reasonably priced, palatable IPA by Tribe Breweries, NSW.  Hard to stop at one... 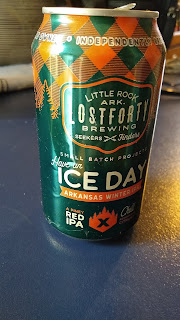 Lost Forty Brewing 'Ice Day Arkansas Winter' Red IPA- I have much time for the beautiful state of Arkansas and I also have probably spent too much time sampling delicious Arkansas craft beer over the past few years.
This piney India Pale Ale was spot on for an after hike session.

*Ran Fiennes making chit chat- I had the privilege to attend a talking tour down in Hobart during the month of March, featuring a true outdoor adventure legend; Ranulph Fiennes.


When I was a wee young fellow growing up in New Zealand, one of the high schools I went to had these awful dreary morning assemblies that were made far more interesting once or twice a year by the appearance of a towering, elderly Edmund Hillary.
If you weren't jolted awake and energized by Sir Ed's presence then you had no pulse.

He was (and still is, RIP) a bonafide genuine first class legend.

Hearing Sir Ran talk about his life and the stupendous feats he has pulled off in the remote corners of our planet was very similar to listening to Sir Ed all those years ago.  I was a tad wistful though, that he didn't carry on sharing the stories for another 4 or maybe 7 hours.
I lapped it up and was keen for more .  He's a funny dude too.

I'm super stoked to have seen both of these 'Giants of Exploration' in the flesh during my lifetime.

*Hubert 100 mile Ultramarathon- In May I ran a slow and cruisey 100 mile Ultra on a truly lush course following part of the Heysen Trail in the Flinders Ranges, South Australia.  I was getting my monies worth...😏


The Hubert 100 -named for the little known but extremely prolific Australian explorer Hubert Wilkins- was on my to do list for a number of years and in 2019 the stars aligned and to the desert I took.

Great organisation from Race Director Ben, fantastic volunteers and the bewitching Flinders Ranges should be on everyone's hiking inventory.

I feel very blessed and am extremely grateful every day that she is still with me after all the phases in life I have experienced over the past decade.
We've had a 1000 crazy adventures, travelled all over Aussie and her constant enthusiasm for life reminds me, daily, to get after it.

Pen has slowed down a fair bit compared to our former mountain running days but I figure if she is itching to roar out the door with wonky paws and creaky joints then there is no excuses when I feel whiney and lazy.
A top lady. 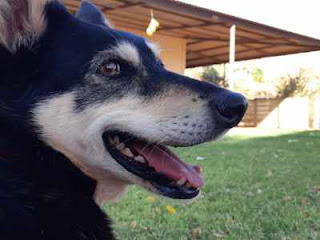