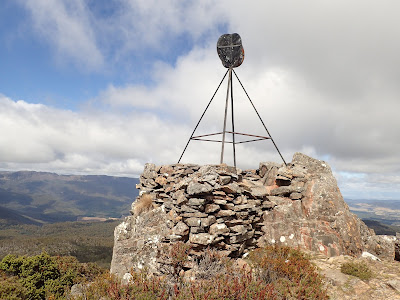 A short, quick blast up a mountain!

Ben Nevis at 1370 metres is the smaller sister to Ben Lomond over yonder at 1570 metres high, but still commands stupendous views and a genuine feeling of solitude and wildness even though the plateau is less than a 90 minute drive from Launceston.

Getting to Ben Nevis Trailhead:

Exit Launceston towards Ben Lomond National Park via St Leonards on Blessington Road.
This is about 50 kilometres of driving.

Go right past the Ben Lomond road turnoff on the right for 3.6 kilometres until you reach the Upper Blessington Road junction on the left, the surface turns to gravel soon after.
Chug along that for 14 kilometres and then you get to a four way junction, turn left onto Telopea Road.
Signage is good here.

Approximately another 3.7 kilometres away, Schulhof Road is on the left marked by pink flagging tape and a homemade sign indicates your destination (thank you to whoever is kind enough to go to the trouble of erecting these things).

Turn up here or park on Telopea Road and walk about one kilometre.

I found the road surface fine for my VW Caddy van but I parked a few hundred metres short of the trackhead due to some boggy terrain and I was probably over cautious.

Absolutely no public transport options and hitching could be a sufferfest. 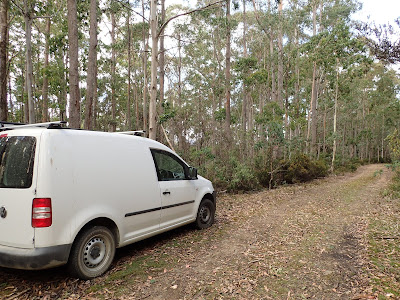 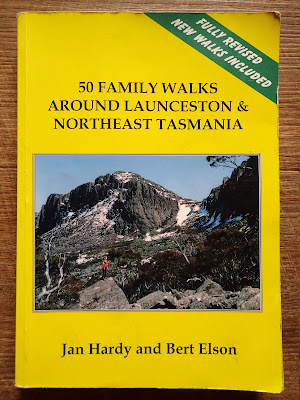 There isn't much on the interwebs of late about this short walk so I decided to post this up.

I utilised '50 Family Walks Around Launceston & Northeast Tasmania' by Jan Hardy and Bert Elson, 2008.
The info was mostly accurate given it's age and it's a well written guidebook, except I measured the stretch of road  between the turnoff from Blessington Road and Upper Blessington Road as 14 kilometres instead of the suggested 12 kilometres.

So if you are rolling along at the 12 kilometre mark wondering where Telopea Road is just keep on for a few clicks. 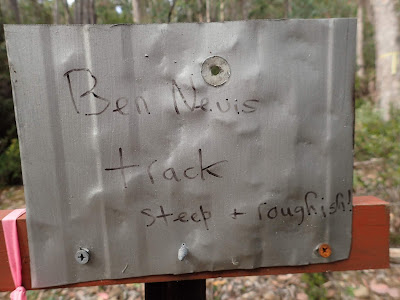 Easy stuff.  Starts off steep and rocky, then steep and rocky and head height brushy, finally flattens out, rocky and meandering on open ground before the trig and summit .  Lots of rock cairns and flagging tape show the way, the trail got a tad braided and indecisive at times but it would be difficult to get lost.
I hope...

I left my 2 old dogs out of this excursion but they could have easily made it up, no worry. 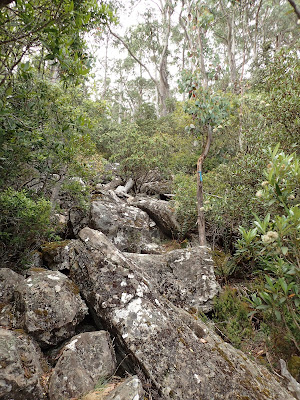 My Garmin Instinct measured the walk as 2.75 kilometres one way from the trackhead up from where I parked the car to the trig.

I took one hour and 15 minutes to reach the summit.  Much quicker on the descent and I found route finding far easier too. 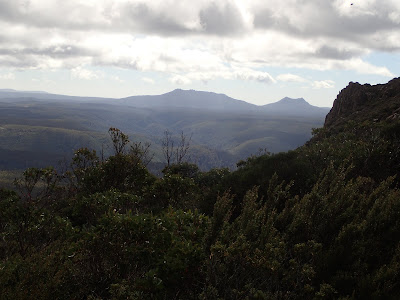 I usually cruise around in shorts and sandals during the Summer when in the hills but for this hike I pulled on pants and runners.  The scorparia is friendly and loads of shin busting bushes line the path. 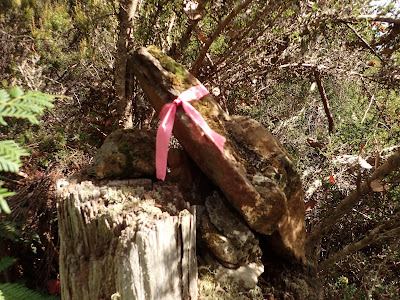 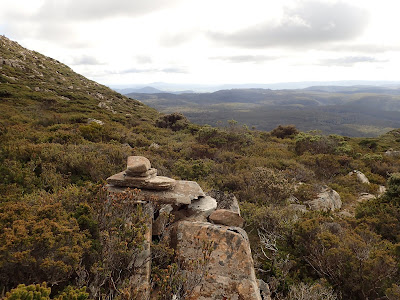