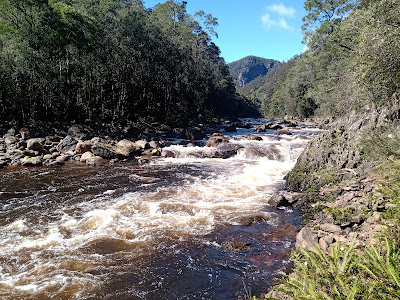 THE PENGUIN CRADLE TRAIL: is a much lesser walked Northern extension of it's more famous bro, the Overland Track.
Bumping along the Dial Range near Tasmania's North Coast and then chasing the churning Leven River as it snakes Southward, the PCT rolls over the soggy High Plains between Black Bluff and Cradle Mountain Village, taking you through a mish mash of landscapes and rugged track.
It's wild, it's committing and the great news is that the track is in far better shape than when I last gallivanted along the entire 75+km length nearly 5 years ago.
The North West Walking Club volunteers have really smashed the blow downs and chucked a fuck ton of time and effort into maintaining this uncelebrated, sequestered trail.
Thank you kind folks. 👍💪
GETTING TO THE TRACKHEAD:
Penguin is a small coastal town 130km West from Launceston on the Bass Highway or 300km from Hobart straight up the middle of the island.
Your aiming for Montgomery Road which is 3km South on the left hand side along Ironside Road.  If you arrive by bus then this 3km is easily knocked on foot over from Penguin.
If you are dropped off in an automobile by a kind soul like I was then just head straight for the Northern Terminus on Montgomery Road and save the road bash. 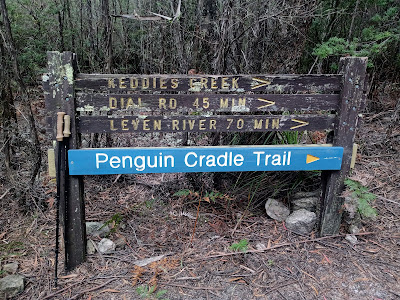 NAVIGATION AND INFORMATION:
This time around I opted to use the official Wildcare map and information booklet set.
The notes were pre 2016 but still mostly solid.  Available for purchase here. $28
Signage and trail markers are abundant.  Exposure is a constant South of Paddy's Lake and thankfully tall snow poles guide the way along lumpy hillsides and through clumps of scorparia.
The North West Walking Club based in Ulverstone has a fantastic run down of the PCT and anything you need to be clued up about including recent re routes. Website.
This is their baby. 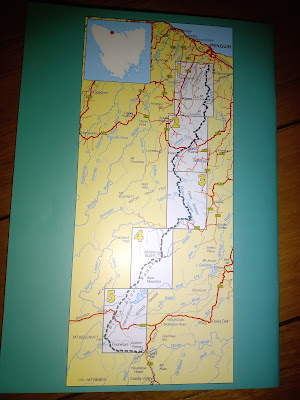 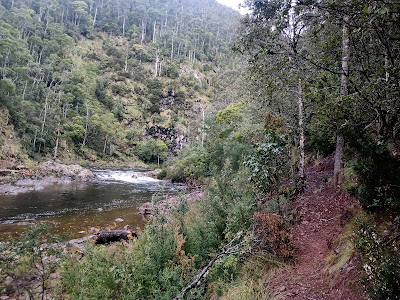