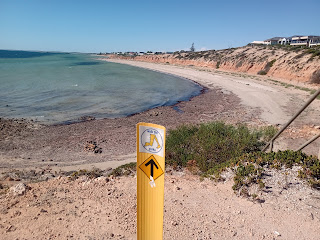 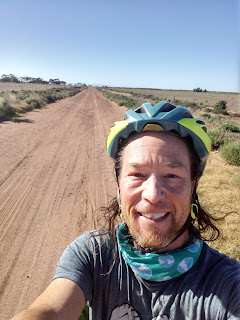 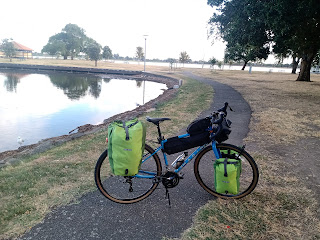 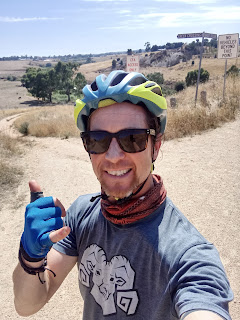 Safari the hiker rolls off on a tangent and becomes Safaribiker for a while.

I've knocked over the first leg of my push around the big island (Australian mainland) and that includes a smaller one too; Kangaroo Island off the Southern coast of South Australia where I rested my red raw arse and briefly made a bit of coin.

-I briefly considered walking around Australia but cut that idea loose as too much of a dreary trudge.

So a blue steel gravel bike with 4 lime green panniers was my mode of transport and fuck me it's been a wee bit of fun.

THE ROUTE:  I rode off the Spirit of Tasmania ferry and pointed the bike North West to Ballarat via some C roads (minor roads, both paved and gravel), through the Wimmera and across South Australia to Cape Jervis where I hopped another ferry to Kangaroo Island, Australia's 3rd largest island.

The last time I was at Cape Jervis I was heading off on the Heysen Trail from the Southern Terminus located there.

After poking around the windy interior and the wild coastline I pushed North through Adelaide to the Yorke Peninsula and followed the 500km Walk The Yorke trail from Port Wakefield to Moonta Bay.

There are plenty of silly Youtube videos and pretty pictures all over the interwebs depicting long distance bicycle touring as this isolating, beautiful experience where amazing vistas are constantly stumbled onto and friendly fairies and unicorns are only a short 5 kilometre ride away.

While some of this is true some of the time, I discovered while riding around rural Australia at the tail end of Summer;

that the roads can be very busy,

the roads are mostly narrow and crap with minimal shoulder,

many Australians have a pathological hatred of cyclists

and bike repair shops are few and far between when out of the major cities.

when I reached purpose built/ designated bicycle trails such as the Ballarat to Skipton trail and the amazing rail trail from Willunga to central Adelaide the fun factor increased by 10.

Regardless, I had a very positive experience.  Hell yeah!

On the whole people were very encouraging and drivers courteous.  Even if they weren't I reminded myself that I had chosen to be out there, on the gravel shoulder of the road pedaling away like a loon and no one owed me anything.

I actually got sick of the waving and fist pumps and friendly tooting, I just wanted to be alone and stop being looked at.

That's the difference between hiking and riding that is the deal breaker for me; I can disappear into the woods on foot.  I'm an extroverted introvert that prefers my own company.

But I had plenty of serendipitous moments and reasons to throw fist pumps of my own. 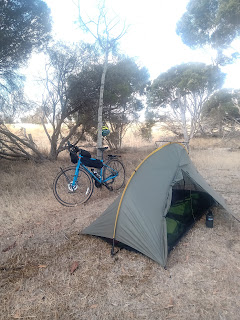 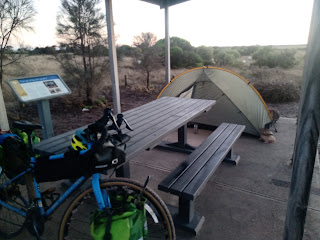 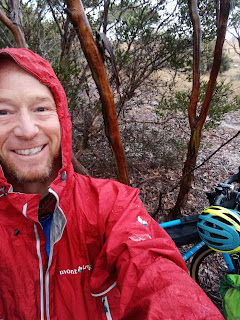 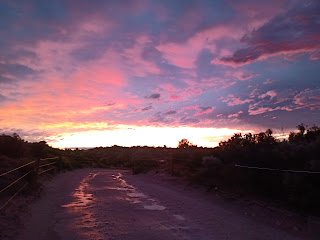 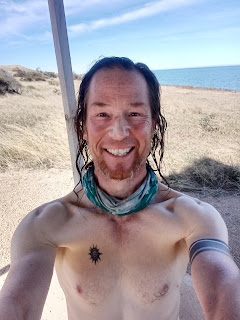 IMPRESSIONS OF THE WALK THE YORKE HIKING/ CYCLING TRAIL:
The Walk The Yorke trail is a dual walking, cycling route that utilises quiet roads, purpose built pathways and coastal tracks.  At 500 kilometres in length it sticks to the very edge of the boot shaped Yorke Penninsula and is well signed with open sided shelters scattered along public road side stops.
There is a good GPS mapping service; Far Out, I used that pinpoints where you are offline.  The official maps are quite pricey.
The entire pennisula is desert like.  Flat. Dry.  Very, very little shade.  Water can be sourced from occasional faucets and taps in towns and from rainwater tanks at the shelters if they contain any water at the time.
The coastline and beaches are very lush.  I swam and got excited (pic above), saw dolphins, stupendous sunsets, too many fleshy, well fed fishermen charging around in noisy boats, learned to take the bicycle alternate road routes when confronted with a sandy beach walk and always found a thick grove of trees and bushes to quietly put my tent up in at the end of the day.
Inland, off the trail, the towns of Mindalton and Yorketown were refreshing to pick up supplies and escape the heavy crowds of caravanners and party people and jet skiers and beach enthusiasts.
There are plenty of small towns with adequate shops along the way but water is a bit limited, that would be a consideration if I was walking the trail.  Saying that, I probably wouldn't walk this trail.  Far too much exposure being out in the open with no cover hardly at all.  The caravan parks were fully booked the entire week I rolled around the region, I was fortunate in that I could just keep riding fairly effortlessly until I found an isolated conservation park or wherever to pull up in.
However the trail IS in my opinion more suited to walking than riding.  The constant bicycle detours that shoot you off on minor roads when the route chugs over a sand dune or soft, unrideable pathway mean you miss out on much of the best scenery and if you accidently judge the upcoming section as bike rideable and it's not then be prepared for a bit of foul language and self flagellation.  And deep sand slogging.  I had a couple of those episodes.
Walking it would be all grunt work with a low fun factor (for me that is) but full kudos to those that do it! 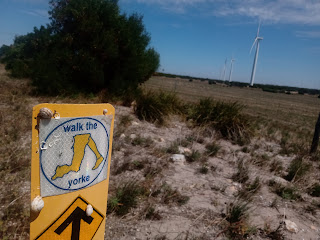 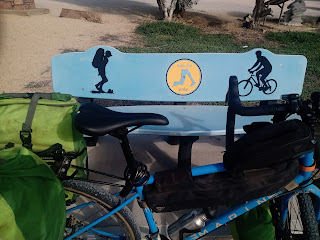 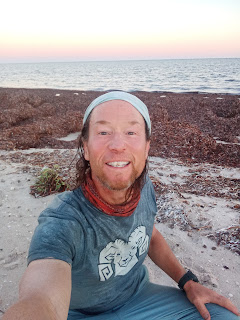 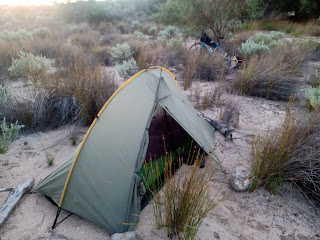 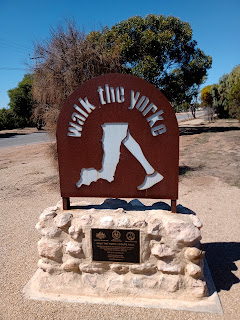 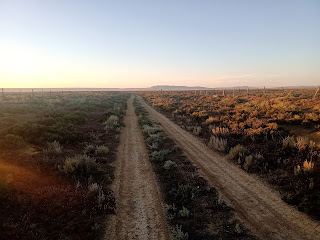 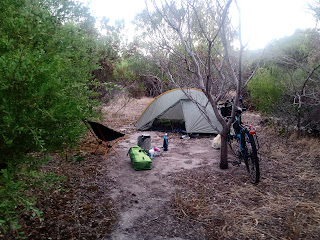